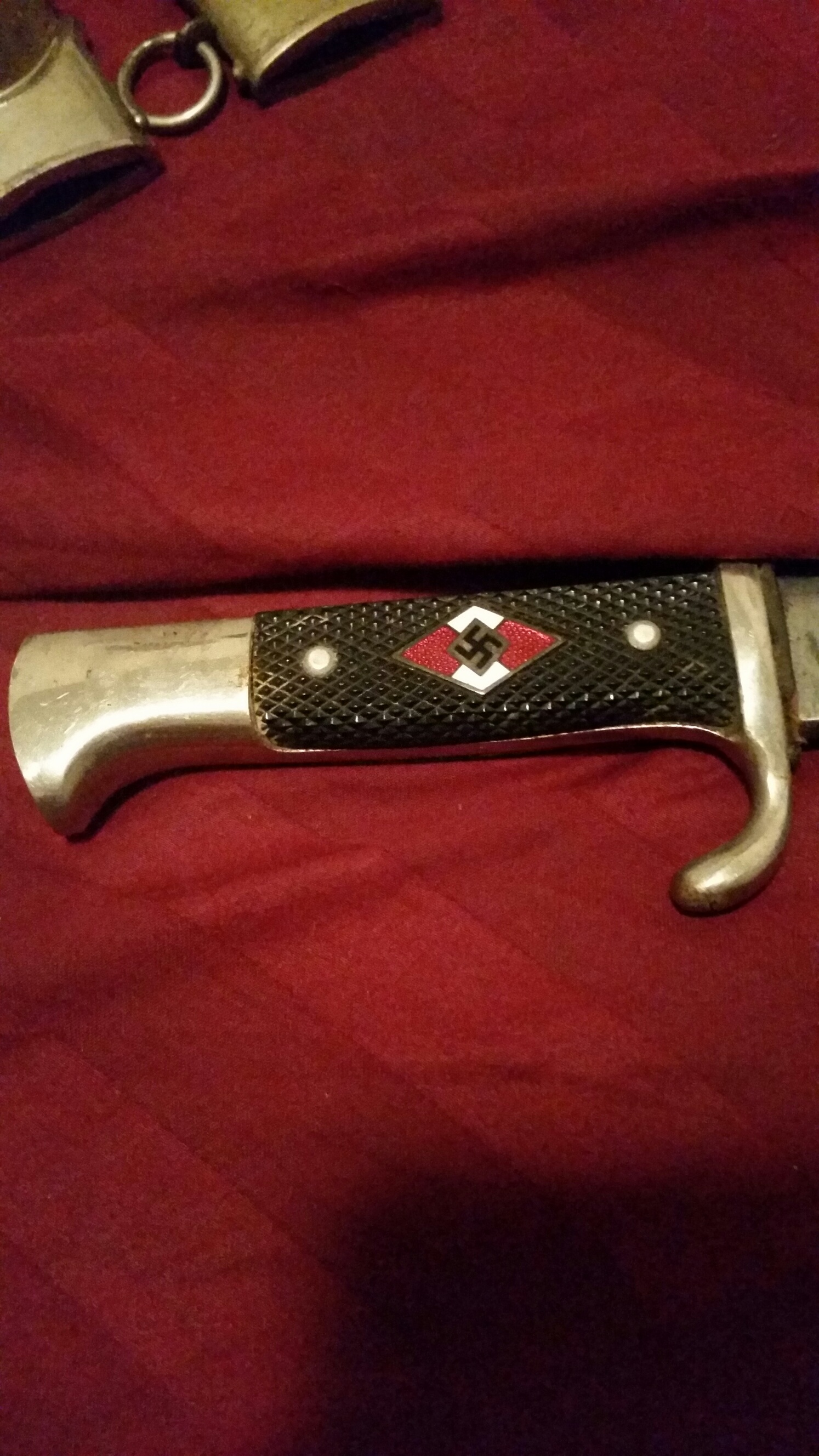 Hitler youth Knives (sometimes referred to as HJ Knives or Hitler Youth Daggers) were carried by the Hitler Youth (Hitler Jugend) during the Third Reich era primarily as a badge of office .

Originally the Hitler Youth was considered to be just like the Boy Scouts, It also included girls (Bund Deutscher Mädel), and these knives were awarded to boys after passing state examinations.

Early version of these youth knives (through 1937) included the etched motto, “Blut und Ehre!”, which translates to “Blood and Honor!” early examples have the name of the manufacturer together with Solingen etched or stamped into the blade .

Hitler Youth Knives have formed part of many German WW2 collections, an Whether you’re a beginning collector or a seasoned one, if you don’t have one of these in your display this is the time to buy!