Images Of German Daggers We Require 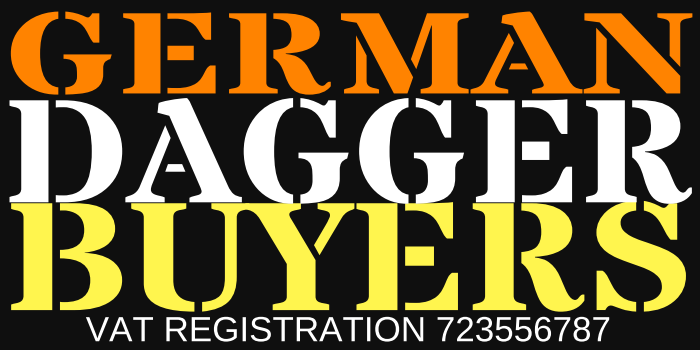 At German Dagger Buyers.com We Welcome Your Enquiries. Our offers/free valuations come with no strings attached .Our days are spent answering enquiries from all around the world from people who might wish to sell a single item of an entire collection .